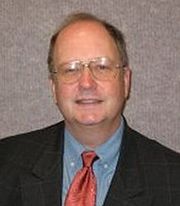 John E. Brandenberg is a plasma physicist at Orbital Technologies in Madison Wisconsin, working on space plasma technologies and space propulsion. He also performed research on Fusion Propulsion and Kaluza-Klein theory of Field Unification for purposes of space propulsion. He also performed an architecture study for a Human Mars Mission using solar electric propulsion. Before coming to ORBITEC he was performing research on air plasmas and plasma propulsion at Florida Space Institute. He is a pioneer in creating electrodeless atmospheric pressure plasmas in air using microwaves. Before this he was at The Aerospace Corporation, where one of his duties was as principle investigator of the MET (Microwave Electro-Thermal) propulsion project. Before coming to Aerospace corporation Dr. Brandenburg was a researcher at Research Support Instruments (RSI) where he specialized in making controlled laboratory plasmas for uses ranging from air plasmas for surface sterilization , Fusion research and the MET thruster. He also worked as an independent consultant on Space Missile Defense, Directed Energy Weapons, and space rocket plume phenomenology, and also at Mission Research Corporation and Sandia National Laboratories on plasmas for controlled fusion and similar topics.