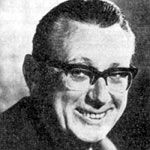 Walter Bryan Emery was born in Liverpool, Britain on July 2, 1903. While Emery was growing up in Liverpool, he never believed that he would be an Egyptologist, but always dreamed of pursuing a career as a Marine Engineer. Emery began his career as an Egyptologist while attending college in Liverpool. In 1923, thanks to the referral from T. E. Peet, Emery helped with the excavations at Amarna as a Student Assistant. In 1924, Emery became the Field Director for Robert Mond’s excavations in Thebes. These excavations were sponsored by The Liverpool University. Over the next couple of years is when Emery made several restorations, clearings, and used protective operations in preserving the tombs at Sheikh Abd el- Gurnah. At age 22, Emery was directing 400 men for the clearance and restoration of the Ramose’s tomb. While leading the restorations he also spent a majority of time drawing a facsimile of the Ramose’s tomb for Davies’ publication. 1927- 1928, Emery was still doing field work for Richard Mond in Luxor and Armant. This is where Emery had discovered the Buchis Bull Catacombs. While in Luxor and Armant Emery also discovered his first animal necropolis. In 1928, Emery married his wife Molly, who assisted him in his excavation in Nubia. In the following six years Walter and his wife Molly worked extensively in surveying Nubia and attempting to rescue and restore the sites and monuments after the construction of the Aswan Dam. He and his wife did extensive research on the Tumuli of Ballana and Qustul. Here is where they discovered mounds with wooden chests, furniture, and silver pieces; which were created after the fall of Meroe. Molly and Walter also found the remains of sacrificed servants and wives buried in the mounds too. In 1935, Emery began his excavations of an Archaic Cemetery at Saqqara. He began his field work by working on the FS3035 tomb, which had been partially cleared by Firth. Emery discovered that FS3035 tomb had 45 magazines instead of typically having only 1 magazine. Emery continued to excavate and re-excavate many more tombs from 1937-1939. During the fall of 1938 Emery had also discovered the S3357 tomb. The S3357 is known as being the oldest tomb in Saqqara. Emery’s last major find at Saqqara before World War II was the S3471 tomb which contained large quantities of copper. One of Emery’s most beneficial discoveries for Egyptology was the “mummified zoo” at Saqqara. Emery had discovered over 4 million mummified ibises, 500,000 hawks, 500 baboons, and 20 cows. All of these animals that were found in the “mummified zoo” were consider to have been buried and preserved using a similar mummification process as that of the pharaohs according to Emery’s research. Emery dedicated only a short period of his life to a diplomatic career. In 1951, Emery had become chair of Egyptology department at the University of London. He continued to teach courses in Egyptology in London until 1970 when he retired. On the evening of March 11, 1971 Walter Bryan Emery had died. It was only four days after he lost consciousness while doing morning work. Emery was living in very poor health five years prior to his death.