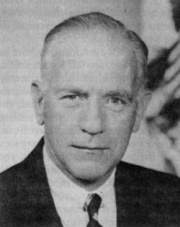 Gordon Gray was born in Baltimore, Maryland, the son of Bowman Gray, Sr. and Nathalie Lyons Gray. He was married in 1938 to the former Jane Boyden Craige, and they had four sons: Gordon Gray, Jr., Burton Gray, C. Boyden Gray and Bernard Gray. After Jane's death, Gray married the former Nancy Maguire Beebe. His father, uncle James A. Gray, Jr. and later his brother, Bowman Gray, Jr., were all heads of R.J. Reynolds Tobacco Company.

Gordon Gray graduated from the University of North Carolina in 1930, where he was a member of Delta Kappa Epsilon fraternity (Beta chapter). He earned his law degree from Yale University in 1933 and practiced law for two years in New York City before returning to Winston-Salem. UNC presented Gray with an honorary law degree in 1949. He was the second president of the Consolidated University of North Carolina, succeeding Frank Porter Graham in 1950.

Gray began his public life as a lawyer and was elected to the North Carolina General Assembly in 1939, 1941, and 1947, representing Forsyth County. He entered the U.S. Army in 1942 as a private and rose to captain, serving in Europe with General Omar Bradley's forces. Gray's service to the federal government began with his appointment as President Harry S. Truman's assistant secretary of the army in 1947; two years later, he was appointed Secretary of the Army. He served in this post from 1949 until 1950. The following year he became director of the newly formed Psychological Strategy Board which planned for and coordinated government psychological operations; he remained in the post until May 1952, all the while continuing to lead the University of North Carolina. [1]

In 1954 Gray chaired a committee appointed by AEC chairman Lewis Strauss which recommended revoking Robert Oppenheimer's security clearance. The Gray Board, as it was known, issued its split decision on May 27, 1954, with Gray and Thomas A. Morgan recommending the revocation, despite their finding that Oppenheimer was a "loyal citizen." Dr. Ward V. Evans, a conservative Republican and the third member of the board, dissented, saying that most of the allegations against Oppenheimer had been heard before, in 1947, when he had originally received his clearance. [2]

Gray shocked proponents of public education in North Carolina when he said, in a November 1954 Founder's Day speech at Guilford College, that "if I had to make a choice between a complete system of publicly supported higher education or a complete system of private higher education, I would choose the latter as a greater safeguard of the things for which we live." [3] Less than a year later, Secretary of Defense Charles Erwin Wilson named Gray assistant secretary for international security affairs and Gray's brief career in academia was ended.

President Dwight D. Eisenhower appointed him to head the Office of Defense Mobilization in 1957, where he served until the office's consolidation in 1958. Eisenhower then appointed Gray his National Security Advisor from 1958 until 1961. He served on the President's Foreign Intelligence Advisory Board under Presidents John F. Kennedy, Lyndon B. Johnson, Richard M. Nixon and Gerald R. Ford. In 1976, he was awarded the United States Military Academy's Sylvanus Thayer Award.

It is allegedTemplate:Who, by UFO researcher and millennialist Stan Deyo,[4] among others, that Gordon Gray was a founding member of the UFO Conspiracy group known as Majestic 12.