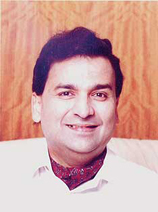 Nigel Kerner is an author and freelance journalist. He was born in Sri Lanka, his mother from a British planting family and his father an officer in the British Royal Navy Fleet Air Arm. This international family base provided the background for an obsessive and serious interest in international human affairs and how these interface with science, religion and philosophy.

He has felt driven, from his young years, to expose the humbug and hypocrisy in modern scientific and religious and social thinking. His formal graduate education is in biomedical science and human behavioural psychology.

His fascination with the puzzling and enigmatic phenomenon of UFOs resulted in his first book 'The Song of the Greys' published by Hodder & Stoughton in 1997. This serious work on the subject is now noted world-wide for its radical view on the phenomenon. His latest book, 'Grey Aliens and the Harvesting of Souls' published by Inner Traditions/Bear & Company is the second in a trilogy about the UFO phenomenon and its social repercussions on humanity. His books and numerous articles have established his unique thesis as part of the canon of serious literature on the subject.

Nigel Kerner lives with his wife and family on his estate in middle England. He has a passionate interest in projects on behalf of the deprived and disadvantaged of developing nations. He is at present working with his family and a team of European friends and volunteers on a medical and agro-development project done on behalf of the rural poor in a country in the Far East. This takes up much of his spare time.