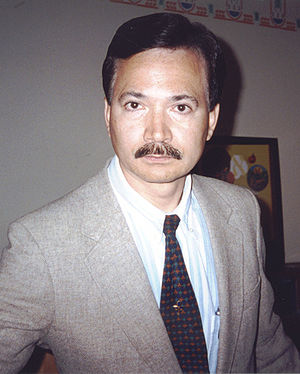 Luis Prada was born in Colombia, South America, in a little colonial town called Mogotes, in the province of Santander on April 5, 1951. From early age he was attracted to spiritual studies and esoteric sciences which he has cultivated throughout his life.

In high school he was awarded the title "E Pluribus Unus, 1969" for being the best graduate student of his class, a title he competed against 350 students. He studied Electrical Engineering in the Industrial University of Santander, in Colombia, where he graduated in 1975. Then he specialized as Electrical Power Engineer at General Electric in Schenectady, New York, in 1980-1981.

Currently he works as an electrical engineer in a high tech company of the Silicon Valley, California, USA.

In addition to his secular work, Luis Prada is the Publisher and Editor of Brother Veritus' Website, an Internet site he founded in 1997 for the dissemination of Truth. This site is a repository of information from many esoteric and spiritual traditions and where Luis Prada also publishes his own writings on subjects that will bring to fruition the Aquarian Age.

He loves gardening and painting as a side hobby. He is also a lecturer on subjects covered in his website.

Luis is married, and has two children.