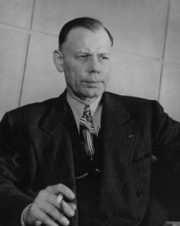 Smith at age 16 enlisted in as a private in the Indiana National Guard in 1911. In 1917, after graduating from Officer Candidate Training Camp at Fort Benjamin Harrison, he was commissioned a second lieutenant in the U.S. Army Reserve. Serving during World War I, he was with the 4th Infantry Division (United States) while in France. In September 1918, he was commissioned a first lieutenant in the Regular Army.

Postings between the World Wars included the War Department's Bureau of Military Intelligence, intelligence officer and adjutant for the 37th Infantry Regiment. In 1922, he was adjutant for the 12th Infantry Brigade. From 1925 to 1929, he worked as an assistant in the White House Bureau of the Budget. Back in the army, he served with the 45th Infantry Regiment in the Philippines. He also attended the Infantry School, Command and General Staff School, and the Army War College.

When General George C. Marshall became the Army's Chief of Staff, he called in Smith (then a Major) to be Assistant to the Secretary of the General Staff. He became Secretary in September 1941 and in February 1942 was named U.S. Secretary of the Combined Chiefs of Staff. Just before the invasion of North Africa, Marshall sent him to England to be Chief of Staff for the European Theater of Operations. In March 1944, Supreme Allied Commander Dwight D. Eisenhower appointed Smith Chief of Staff. He remained in that role until V-E Day, including making the arrangements for and accepting the surrender of German military forces on May 7, 1945. [1][2]

Smith had a reputation as a brusque manager, peppered with salty speech, and was often referred to as Eisenhower's "hatchet man". Such was the case when Gen. George S. Patton needed to be disciplined, Smith was tasked with delivering the bad news.

During the liberation of Paris, Gen. Smith wrote a confidential memo that recommended that black troops be removed from the units liberating the city.[3]

Smith took leave from the Army to serve as U.S. Ambassador to the Soviet Union from 1946 to 1949. Seeking to return to the United States, he resigned his ambassadorship and in March 1949, he was promoted to General and assumed command of First United States Army at Fort Jay, Governors Island, New York. In 1950, President Harry S Truman selected him as Director of Central Intelligence (head of the Central Intelligence Agency), where he served until 1953. He retired from the Army upon leaving the DCI position on February 9, 1953.[4] He also served as Under Secretary of State from 1953 to 1954 and played a role in the creation of the National Security Agency.

In 1955, he was approached to perform the voiceover and opening for the movie "To Hell And Back," which was based on the autobiography of Audie Murphy, he accepted, and has small parts in the movie—most notably, in the beginning of the movie, where he is dressed in his old service uniform, speaking of Murphy. He also narrates several parts of the movie, referring constantly to "the foot soldier."

He died from a heart attack on August 9, 1961 at Walter Reed Army Hospital in Washington. He was subsequently buried in Section 7 of Arlington National Cemetery. His wife, Mary Eleanor Smith (1893-1963), is buried with him.

Various writings by Second World War senior commanders, including but not limited to George S. Patton, Omar Bradley, and others, have tended to portray Smith unfavorably. An effective, ruthless administrator, he is best remembered as being an exceptional professional staff officer, but a man not well-admired by his peers or subordinates. His major military decorations included three Army Distinguished Service Medals and the Navy Distinguished Service Medal.

Smith was portrayed (in a more or less uncontroversial light) by actor Edward Binns in the film Patton.