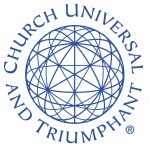 Church Universal and Triumphant (CUT) is an international New Age religious organization founded in 1975 by Elizabeth Clare Prophet. It is an outgrowth (and is now the corporate parent) of The Summit Lighthouse, founded in 1958 by Prophet's husband, Mark L. Prophet. Its beliefs reflect features of the traditions of Theosophy and New Thought.[1]

Especially in its peak controversial years in the late 1980s and early 1990s, Church Universal and Triumphant received criticism as a "cult,"[2][3] though one academic study has rejected the negative stereotype.[4]

The Catholic Church originated the phrase "Church Triumphant" to refer to Catholics in Heaven. The name "Church Universal and Triumphant" was announced by Elizabeth Clare Prophet on February 10, 1974, in a message purported to be from the deceased Pope John XXIII (referred to by the Church Universal and Triumphant as the "Ascended Master Johannes").[5] In 1919 Alice A. Bailey, in what some students of esotericism view as a reference to the future organization, prophesied that the religion of the New Age would appear by the end of the 20th century and that it would be called the Church Universal.[6]

The membership apparently peaked at about 10,000 active participants, but sharply declined following a series of crises and controversies in the early to mid-1990s.[7] Elizabeth Clare Prophet estimated in 1985 that church members numbered between 75,000 and 150,000.[8] Gordon Melton, a leading authority on new religions in the United States, estimated membership in 1993 at between 30,000 and 50,000.[9]

Gordon Melton lists the Church Universal and Triumphant as a religion of the Ancient Wisdom tradition akin to Theosophy and the "I AM" Activity.[10]

The church's theology is a syncretistic belief system, including elements of Buddhism, Christianity, esoteric mysticism, the paranormal and alchemy, with a belief in angels, elves, fairies, and other beings it calls elementals (or spirits of nature). It centers on communications supposedly received from Ascended Masters through the Holy Spirit. Many of the Ascended Masters, such as Sanat Kumara, Maitreya, Djwal Khul, El Morya, Kuthumi, Paul the Venetian, Serapis Bey, the Master Hilarion, the Master Jesus and Saint Germain, have their roots in Theosophy and the writings of Madame Blavatsky, C.W. Leadbeater, and Alice A. Bailey. Others, such as Buddha and Confucius, are historical religious figures. Some, such as Lanto, Lady Master Nada, Godfre, Lady Master Lotus, and Lanello, are Ascended Masters who were first identified as such by Elizabeth Clare Prophet. All in all, she identified more than 200 new Ascended Masters that were not identified as Masters of the Ancient Wisdom in the original teachings of Theosophy.[11]

Mark Prophet, and later his wife, claimed to be Messengers of the Ascended Masters. As such they are able to communicate with the Masters and deliver their instruction to the world. Dictations described as coming directly from the Masters were published weekly as Pearls of Wisdom.

Group members practice prayers, affirmations, mantras and a dynamic form of prayer known as "decrees". These serve many purposes: devotion, calling on angels for protection, calling forth the light of God on the earth, praying for healing, for wisdom, seeking to know God's will and for the transmutation of negative karma. One of the most important decrees is the Violet Flame Decree, claimed to be the most effective method of balancing karma built up in the past. The doctrine of the Seven Rays is also taught, as well as teachings about the chakras and reincarnation.

In the summer of 1993, a team of academic specialists conducted an interdisciplinary study of the church and its members. They published their results in "Church Universal and Triumphant in Scholarly Perspective," edited by James R. Lewis and J. Gordon Melton.

Mark Prophet claims he was first contacted by the Ascended Masters at the age of 18. In 1945 he joined the Rosicrucians under Max Heindel, working in a branch in Saint Louis, Missouri. He later affiliated with the Self-Realization Fellowship. In 1952 Prophet founded a group known as the Ashram, sending out periodic letters received from the Ascended Masters, in particular El Morya.[12] In about 1956 Mark Prophet came in contact with The Bridge to Freedom, an offshoot of the I AM Activity led by Geraldine Innocente. Innocente had been a member of the I AM Activity, but left in 1951 to begin her own group. Prophet studied with the Bridge until 1958 while also continuing with his own Ashram group. On August 7, 1958, Mark sent the final communication to the members of the Ashram, announcing the establishment of The Summit Lighthouse. The founding meeting of The Summit Lighthouse was held in Philadelphia on August 7, 1958. The headquarters was in Washington, D.C.

In 1961, Mark met Elizabeth Clare Wulf; they married in 1964 and had four children. Wulf, subsequently Elizabeth Clare Prophet, had grown up under influences including New Thought and Christian Science.

On November 2, 1971, the church opened a branch of Montessori International, a private school based on the principles of Italian educator Maria Montessori. In later years, the school was expanded to provide a full program from preschool to Grade 12. On May 1, 1972, the church opened the Four Winds Organic Center in Colorado Springs, a health food store and organic restaurant. On February 26, 1973, Mark Prophet passed on, leaving his wife as leader.

Church Universal and Triumphant was incorporated as a part of the organization on May 1, 1975. The organization moved its headquarters to Pasadena, California, in 1976. In 1978, it moved to "Camelot," a 12.000-acre (49 km2) property in the Santa Monica Mountains, outside of Los Angeles.

In 1981, the organization purchased a 218-acre (0.88 km2) property in Montana, on the northern border of Yellowstone National Park, which it named the Royal Teton Ranch. Camelot was sold and the organization moved its headquarters to Montana in 1986.

The church became well known during the late 1980s when it predicted the possibility of nuclear war at the end of that decade. Members were urged to prepare by building fallout shelters and supplying them with food and other necessities.[3] The predicted date of the nuclear war was April 23, 1990.[8] When nuclear war failed to occur, Prophet claimed that the community had averted the war through their prayers. Some adherents were left in debt or bankruptcy. Since then church membership has fallen in the United States. However, the CUT remains a significant presence in the area of its headquarters, and centers continue to be active in large cities across the nation. During this period, international membership has grown significantly.

With its decline in U.S. membership and changes in employment laws for non-profit organizations, the church was forced to downsize its headquarters staff in the late 1990s and the first years of the 2000s. In July 1996 Elizabeth Clare Prophet handed over the day-to-day running of the organization to a new president and board of directors, who oversaw this major restructuring of operations at the church headquarters. Portions of the Royal Teton were sold to the U.S. government as part of a complex sale and land-exchange agreement. A second large property that had been purchased in 1983 was sold on the open market, along with other smaller landholdings.

Due to health reasons, Prophet retired in 1999.

During the late 1980s and early 1990s, articles and letters critical of the church were published in the local newspapers the Livingston Enterprise and the Bozeman Chronicle.[13] The newspaper articles frequently labeled Church Universal and Triumphant as being a cult. The church has usually been labeled a cult by both religious and secular groups. Several of the letters were written by former Church members who raised lawsuits against the church.[2]

Elizabeth Prophet developed Alzheimer's disease in the late 1990s, and by December 2008, she was living in Bozeman, Montana under house care. This led to the church coming under the direction of a two-person presidency with a board of directors and a council of elders. She died October 16, 2009 at the age of 70. Prophet's legal guardian, Murray Steinman, says she suffered from advanced Alzheimer's disease and died at her apartment Thursday night.[15]

In recent years several individuals have come forward claiming to deliver dictations from the Ascended Masters, Archangels, and Elohim. Former CUT minister Monroe Shearer and his wife, former member Carolyn, founded a new activity in 1995, The Temple of The Presence, now based in Tucson, Arizona. Another former church official, David C. Lewis, claimed to be delivering dictations by some of the same Ascended Masters named in Church Universal and Triumphant as well as other Ascended Masters unmentioned before. Now based in Livingston, Montana, Lewis claimed that the process for how one applies to be a Messenger has never been made public and that the elder to whom he submitted his application told him "there won't be any more messengers." Therefore, in 2005 he set up his own new Ascended Master Teachings group called The Hearts Center which is headquartered in Livingston, Montana, very close to the headquarters of the Church Universal and Triumphant in Corwin Springs, Montana. Kim Michaels and his ex-wife Lorraine, two former CUT members, have also claimed to be messengers of the Ascended Masters and publish dictations on their websites. Although when married, they used to collaborate, they have since split up and each accused the other of delivering false messages.

Organizations that recognize the Summit Lighthouse include The Temple of The Presence.[16]

The Shearers have dismissed Lewis's claim to being a Messenger, as Elizabeth Clare Prophet dismissed the Shearers' claim, and as the leader of The Bridge to Freedom, Geraldine Innocente, dismissed the claim of the Summit Lighthouse founder Mark L. Prophet. CUT continues to hold quarterly retreats at the Royal Teton Ranch and to hold Summit University sessions around the world. Retreats for teens and young adults are held internationally twice a year.

Since a recording by the church entitled "Invocation for Judgement Against and Destruction of Rock Music" appeared on the record Sounds of American Doomsday Cults Volume 14, it has been sampled many times by various musical artists—mainly in electronic genres. Among the most prominent of these:

Avant-garde sludge metal band The Body utilizes a sample of the Church's rhythmic chanting on the song "Empty Hearth" frm their 2010 album All The Waters Of The Earth Turn To Blood.