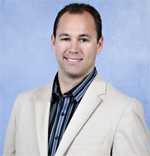 Jason Martell, born in Oklahoma City, Oklahoma in 1974, is a documentary director, writer, producer and television personality. He is a regular on-air contributor to the History Channel program Ancient Aliens, providing opinions on ancient technology.

Martell is a graduate of Mira Costa College with an Associate of Arts Degree. He also studied Computer Science at San Marcos State University.

In 2007 Martell was co-founder of the Christian content video-sharing site GodTube.com.[1][2]

Martell speaks regularly at conferences and through television and radio interviews on the subject of ancient technology. He has appeared on The Discovery Channel, History, The SyFy Channel, and the BBC.[3] His video demonstrating the Baghdad Battery has been viewed over 1.1 million times on YouTube [1] and is citedBy whom? as instrumental in demonstrating that the ancient artifact could have been used to generate electric current chemically. In fact, this theory has been scientifically discredited by various sources.

Martell claims specialization in the Sumerian culture—corroborating his findings with Zecharia Sitchin and Naval astronomer Robert Sutton Harrington. Sitchin's ideas have been rejected by scientists and academics, who dismiss his work as pseudoscience and pseudo-history. Harrington became a believer in the existence of a Planet X beyond Pluto and undertook searches for it in the 1980s. More recently, data gathered from the WISE mission, announced in 2014, has essentially eliminated the possibility of a large undiscovered solar-system planet.

Martell is the author of three books on the subjects of ancient alien visitors, ancient technology, Planet X, ancient Sumeria and related topics.[4] He spoke at CPAK 2012 (Conference on Precession and Ancient Knowledge)[5] and has appeared on Dark Matter with Art Bell[6] and Open Minds UFO Radio with Alejandro Rojas.[7]